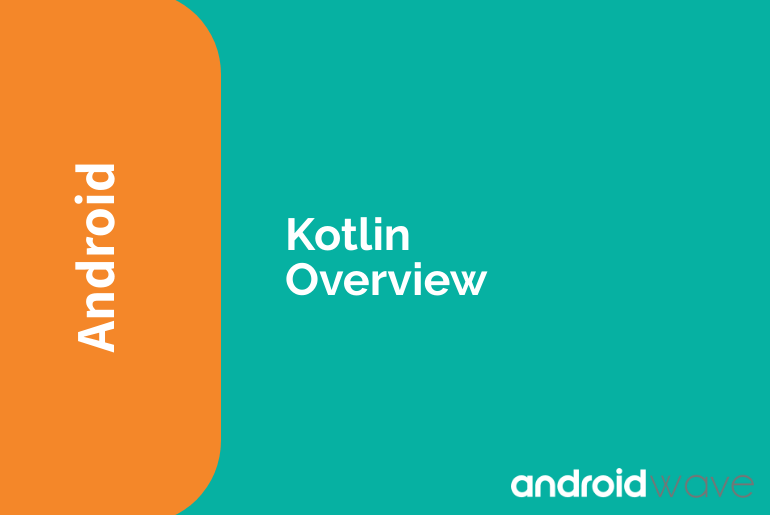 In this article, I’ll tell you gives Kotlin Overview. Android discuss all advantages of Kotlin over Java in Android for Android Development. I will tell you also why Kotlin is more powerful than Java.

In Google I/O 2017 the Kotlin has been announced as the official Android language.  In recent years the Kotlin has gained tremendous popularity in terms of developing android applications. Kotlin language has been developed by JetBrains company, that has created the IntelliJ IDEA and if you are an Android developer then you must be knowing that the Android studio has been built on top of the IntelliJ IDEA. So you can understand the importance of the JetBrains company.  It is the creator of IntelliJ IDEA and also the Kotlin language.

Is it meant to replace Java?

In your teammates always discuss this question in general discussion. You can we say it just because in Google IO 2017 the Kotlin has been announced as an official language of Android so is it going to replace Java in future. In my opinion, the answers are NOT, because the maximum number of Android projects at present has been developed in Java. So it will not be going to replace

Kotlin is more powerful than Java. It more expressive, concise and multiplatform programming language. Kotlin also provides the safety features for your application such as it is immutable in nature and nullability. These two features make your app more healthy and safe. Kotlin ensures more performance of your application.

I have written separate articles for Why use Kotlin for Android Development? I recommend to read it It gives you more clarity on that.

Java is the first JVM language so similar to Java the Kotlin is also the JVM language so you need to install Java JDK that contains the Java Virtual Machine before you start developing any applications. Let’s see below

Kotlin is more expensive and concise in the less amount of code you can get more output compared to Java where you have to write a large number of lines of code to express the same thing so we can say Kotlin is actually more than size than Java in the least number of lines.

Kotlin avoids all boilerplate code, suppose if you want to write a POJO class, Java takes 50 lines of code for this class, in Kotlin you can achieve in fewer lines. See below code snippets and switch tab.

6. Kotlin and Java are together interoperable

The most important feature is that Kotlin and Java are together interoperable. Now, what does this interoperable means? It simply means that inside the same application you can have both Java and Kotlin file.

The question arises if we have both Java and Kotlin files within the same project then how can they interact now this is the beauty of using Kotlin and Java because there interoperable so you can call the Java functions from the Kotlin file and vice-versa that is you can also call the Kotlin file from the Java files.