What is reactive programming?

The RxJava is a very interesting and new topic in Android development. But problem is that it is not easy to understand. Especially, Functional reactive programming is very hard to understand when you come from Object-Oriented Programming

Reactive is a programming paradigm and the oriented around data flow and propagation of data change. Any things can be stream variables such as user input, properties, and data structure etc. For RSS and any click event. We can listen to these streams and reacting accordingly.

Now, what is ? Apps increasingly to complete better interactive experiences to the user. Reactive programming is phenomena that works and build a creating app that full-fill that user expectation

Now comes comes what is streams .?

The stream is a sequence of ongoing event ordered in time. A stream can emit three different things a Value, an Error, and Completed signal.   We capture these emitted events by defining the specific function by executing each instance.

The listening each stream is called Subscriber. The functions we define are observers. The stream is subject and observers being observed. This is an observer and observable design pattern.

Why should use reactive programming

Rx stands for extension. RxJava is a library for composing asynchronous and event-based programming by using observable sequence.

But what does actually means?

In Reactive programming, we received the continuous flow of data streams and we provide the operation apply to stream. The Source of data doesn’t really matter.

One of the most challenges of writing a robust Android app is a dynamic nature of changing . In traditional programming, we have to set explicitly on variables them to be updated. If one value change then value is not changed without adding of code.

So if you want to reflect value you should use callback methods. So basically C variable value is on callback. Most importantly Reactive Programming address these kinds of by providing a framework to describe output to reflect these changing input

RxJava is library from DotNet app to be built in this style. In this observer design an Observable emits subscriber consume those items. There is how items emitted and Observable emits any number of items including 0 items then it either by successfully completing or due to an error. Each subscriber call.

It differs in one key way observable even don’t start emitting items until someone explicitly subscribes to them.

Now I will discuss building blocks of RxJava. Basically  Rx is made up of three key points

Observable are emitted a stream of data and event, It can be 0 or more. it terminates either by successfully completing or due to an error.

Observer  is that receives the events or data and acts upon it. In other words, Observers is consumed data stream emitted by observable.

Basically, Observer has 4 interface methods to manage different states of the Observable

As we know RxJava provides a simple way of asynchronous programming. That allows simplifying the asynchronously processing to manage the long-running operation.

In Android development, Thread management is a big nightmare for every developer. Rx programming provides also a simplified way of running different tasks in different threads. Schedulers are the component in Rx that tells observable and observers, on which thread they should run.

In RxJava you can convert the stream in before received by the observers such as if an API call depends on the call of another API Last but not least, Rx programming reduces the need for state variables, which can be the source of errors.

You have to understand 3 basic step in RxJava

How to implement in Android ?

Let’s understand how particle implement that, Suppose you have a colorist and want to print each color on Logcat using RxJava. So simple fallow above 3 steps.

So by now, you should be able to understand, What is RxJava and why we need RxJava, why we need them and how we can implement them. In the next articles, we are going to learn how to use RxJava and it’s operators in detail. such as concat two APIs details 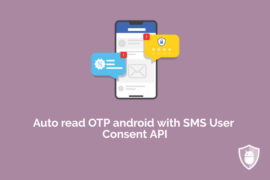 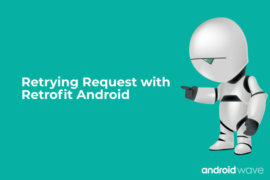